Do Burglars Break Windows? [+Tricks to Prevent It]

While it’s true that the number of burglaries decreases in most western countries, you still need to secure your home to reduce the chance of a break-in (1).

According to statistics, most burglars break into a home through either the front or the back door. So if you haven’t secured your doors yet, you really should (read our tips).

What about the windows?

Regarding security, windows are usually one of the weakest points of a house. You may be wondering if you need to reinforce the glass panes in your windows to prevent home invasions. Do burglars break windows at all?

Many people think that intruders very rarely smash windows because they do not want to draw attention and make a lot of noise during the burglary.

This is not entirely true.

While most burglars look for an unlocked or open window (or one with a poor quality locking system), many of them won’t hesitate to break a window if the right conditions are met (more details on these later).

So, do burglars break windows? Here is a quick answer:

Briefly, burglars do break windows sometimes, however, in most cases, they get into a home through a door or an unlocked window. That being said, much depends on the type of window, and the actual security status of the building. There are many kinds of preventative measures you can take to prevent burglars from smashing your windows (more on these later).

How Often Do Burglars Break Windows?

According to statistics, 25% of burglars use a window to get into a home (2). So windows are pretty popular entry points. We should remember, however, that most intruders enter a house through an open or unlocked window (or a window with poor quality locks).

Unfortunately, there are no exact statistics about how often burglars get into a house (or condo) by breaking the window.

Experience shows, however, that in about 5-15 percent of the cases where criminals entered a house through a window, they did so by breaking the glass.

In fact, most burglars don’t really like to break windows because it’s noisy and broken glass can hurt them. Therefore, they usually only do it if they have no other reasonable option (3).

When Do Burglars Smash Windows?

Burglars always look for easy targets with a low risk-reward ratio. In practice, this means that they prefer less risky targets where it is relatively easy to get into over secured homes with more valuables.

As a first step, burglars will check if you left any door or window (first and second-floor) unlocked. Next, they will inspect the locks and check if there is any security system installed.

Many burglars start by trying to kick the front or back door open and they often succeed. Thus, you really want to make sure your doors are kick-proof. Here you will find my favorite methods to make them impenetrable (some cost only a few bucks).

Burglars usually break your window only if they can’t bypass your door and window locking system. However, often, they look for another target rather than smash the glass.

If your windows are out of sight (for instance there are bushes around them) and you live in a quiet neighborhood, there is a higher chance that criminals won’t care about making noise and will break your windows to get into your home (especially if they know the house is empty).

Much depends on the quality of the glass too. Tempered glass is harder to break, especially if you don’t know what you are doing. The same is true for double glazing (FYI: here we explained how burglar-proof are double glazed windows). Not to mention laminated glass. The vast majority of burglars won’t even try to break through security glass. They know that would be a waste of time in most cases.

If the following conditions are met, there is a higher chance that a burglar will break a window:

Do you want to know how burglars open closed windows? Click here to find the most common methods and some great tips for prevention.

How Do Burglars Break the Glass In a Window? Not all intruders use the same method. Some of them are more prepared than others. Probably the most common way is using a basic tool, such as a hammer or a stone.

Many burglars use a spark plug that is cheap and small, therefore it is easy to carry with them. It helps break a window quickly and relatively quietly.

More sophisticated criminals always keep an automatic center punch with themselves that allows breaking the glass with a press of a button. It is portable and costs only a few bucks and can be bought in many places, such as hardware stores or Amazon.

Experienced burglars know that they have to hit the corner of the pane to get the best results. It’s especially true in the case of a double glazed window: it’s rather difficult to break through by hitting the middle of the pane, however, a few targeted hits at the lower corner can bring quick results.

How Long Does It Take to Smush a Window?

As you may have guessed, it depends on the material of the windowpane and the object you want to use to break it. Let’s assume a burglar is using a hard and sharp object, such as a hammer, with full force. How fast can they break through the glass and get into the house?

Here are some examples (keep in mind that there are many different products on the market and some of them will perform better or worse than stated below):

Here is a useful video that demonstrates the main differences between the two most common types of glass when they break: 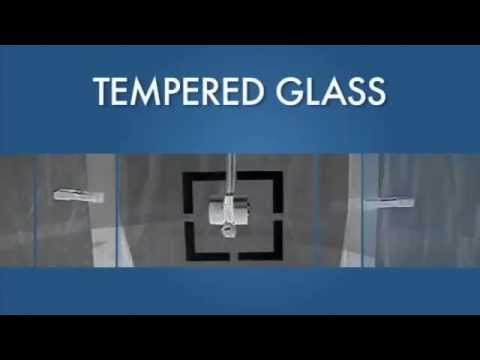 How to Prevent Burglars From Breaking Your Windows?

As you can see, many crooks won’t hesitate to break glass in order to get into a home. And the truth is, in many cases, it is pretty easy to get through a standard window pane.

Fortunately, there are several things you can do to discourage burglars from breaking your window:

Make sure you also check out our best tips to burglar-proof your windows here.

As you can see, burglars do break windows. While it is true that they usually only do it when the conditions are appropriate, in most cases, it takes only a few seconds to break through a standard windowpane.

Fortunately, you can do many things to discourage burglars and prevent your windows from smashing. If you have the budget, you can switch to laminated glass or use window security film. Another option is to install security bars or screens to keep crooks out of your home.

It is also a good idea to have a home security system with motion alarms. Obviously, it won’t prevent burglars from smashing the glass but it may deter them.

If you are on a budget, you can install dummy security cameras above your windows and use fake home security system stickers and signs. Motion detector lights and glass break sensors can also help deter intruders.